About the area -GRANADA- 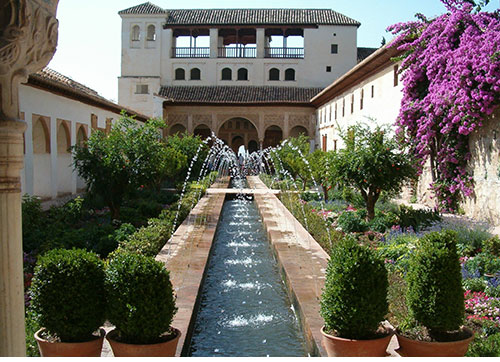 Granada is a true shopping paradise and famous for its variety of tapas bars, lively squares and restaurants. The "teteria" scene, in the historic quarters of Granada, the Albaicín, is a highly exotic experience. The informal, relaxed atmosphere attracts people from all lifestyles, including many students.

Granada is an important University City and during term time, students represent almost 25% of the population.

Granada's most famous monument is the Alhambra; a series of palaces and gardens built under the Nazari Dynasty in the 14th Century. This mighty compound of buildings - including the summer palace called Generalife, with its fountains and gardens - stands at the foot of Spain's highest mountain range, the Sierra Nevada, and overlooks the city below and the fertile plain of Granada.

The Alhambra is a ´must do´ if you visit the Granada area.

Specialists in the purchase and sale of houses, villas, cottages, farms, plots, rural accommodations, land and apartments in El The Lecrin Valley, Granada